You are here: Home / Baby / My breastfed baby refuses bottle, what to do?
Sharing is caring!

This is a problem that I faced prior to returning to work. My breastfed baby refused bottle-feeding.  Whenever she’s offered a bottle-feeding by her caregiver, She would refuse it and cried unstoppably until she’s tired and fell asleep.  Sounds familiar to you?  How did i cope with this issue? 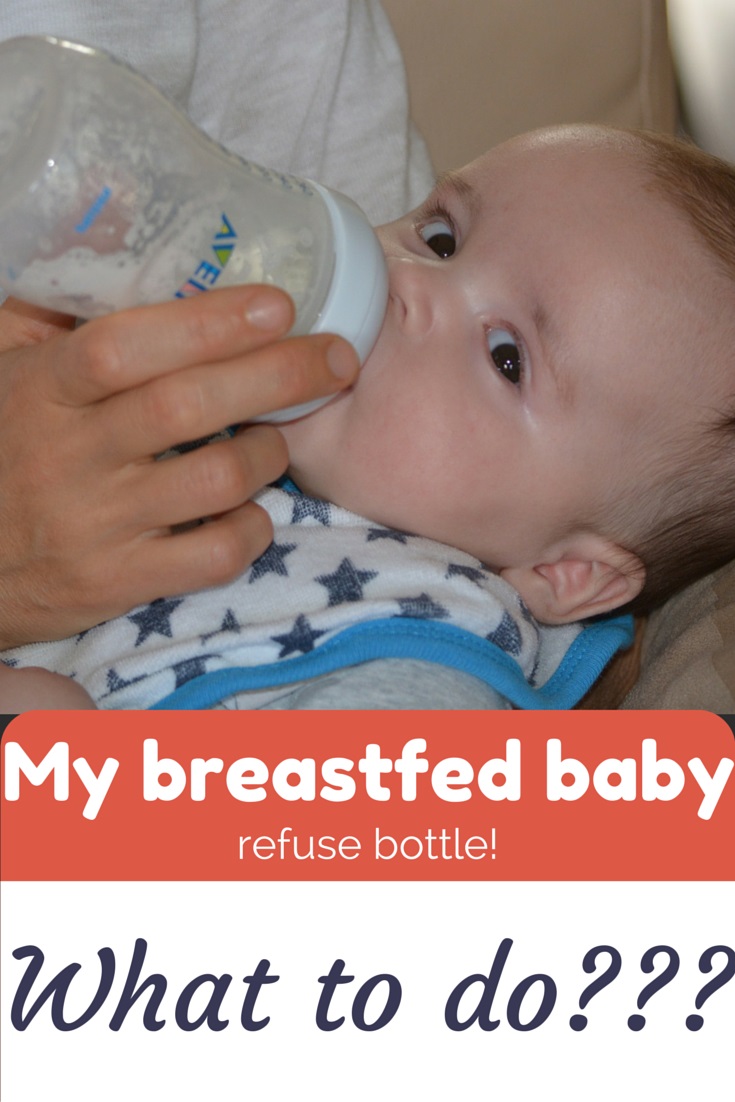 It is normal if your breastfed baby refuses bottle because she’s already used to nurse directly from her mother.  After all,  what is the most comforting moment for a breastfed baby?  I bet it would be nursing while cuddling with mommy.

But since you need to leave her,  she need to learn taking milk indirectly.  We can try several approaches here.

First,  spoon fed.
This approach is best for younger baby because it will avoid nipple confusion. On the other hand,  spoon feeding can lead to a lot of milk spill and it takes longer time to feed.  My caregiver is well-trained and patient enough to spoon feed my baby.  But considering that she need to take care the elder child too,  I don’t really prefer this method.

Cup-feeding.
Cup feeding is essentially similar to spoon-feeding,  but it’s easier in the sense that you don’t need to top up the milk every time to the spoon.  There will be learning curve for both baby and care giver but once she masters the process,  it will becone easier.  I wanted to try Cup feeding,  but unfortunately I could not get any from retail baby shop in my neighborhood. If you’d like to try,  I ‘d suggest to use medela Cup feeding model because I’ ve heard a lot of positive feedback on it.

So I tried to  experiment which several nipple brand.  I bought several bottle nipples  that have best recommendation in Amazon. Initially I used AVENT Natural Nipples, 2-Pack

,  and she rejected.  I switched to Avent Classic Nipple

,  which I used will her elder brother,  yet she also rejected.  Then,  I tried to find a softer nipple. This was when i found Pigeon Peristaltic PLUS Nipple

,  which is very soft,  resembling real nipple.  I bought two sizes,  a small and medium ones and my baby never rejects the bottle after that. So,  try some brand and see which one your baby likes.

If your baby is old enough,  you can train her to drink with a soft spout.  I especially like Avent soft spout system

,  because it is spill-proof and you can use the spout with your existing avent bottle,  just replace the teat with spout and you get a sippy. My daughter can drink with spout,  but it’s still highly dependent on her mood.  So I haven’t used this method regularly.

Another option that you may try is a bottle that is connected to a spoon through a hard straw. Some mothers use this to feed the very first solid food to their babies. I used this regularly at home to give my baby plain water. I love that I don’t need to scoop water every time,  but beware that it tends to spill a lot.

Alright,  so those are some methods that you can try when your breastfed baby refuses bottle feeding.  I hope one of the will work for you.

Have you experience this problem before?  What is your preferred solution and What works for you?