You are here: Home / Family Stories / Benefit Of Being A Little Imam
Sharing is caring!
Abdurrahman turned 7 years old since last November.
That means we have to be more serious in teaching him how to do a proper daily prayer (sholat).
Other than constantly reminding him about how to do proper movements during the prayer, plus all the adzkar to recite, we have been sounding to him about the opportunity to be an imaam (leader in sholat).
After all, once he reached puberty, he will be the one taking this responsibility if he happens to do prayer with me at home if daddy is away. 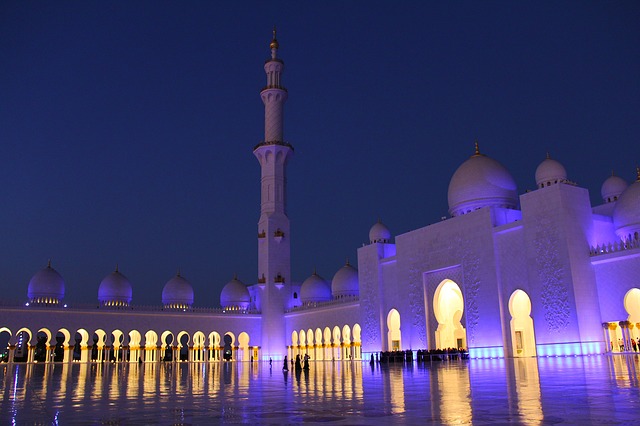 Initially, he was not interested at all in being an imaam. “I don’t like being a leader”, he said. I can totally understand. He totally resembles me in this particular aspect, we perform better as someone who follows instructions, not the one who leads.
But casually, we would remind him that he will grow as a young man, forming a family, and at the very least, he will be a leader in his family.
The opportunity came when I realised that his Tarbiyah subject covers a lesson on how to be an imam during sholat. So I offered him again, what about being an imam just once a day, and you can choose which prayer you wants.
(Note: he goes to the mosque with his daddy once a day, usually either maghrib or isya, the rest of prayers he does them at home /school).
He agreed and to my surprise, after about a week becoming an imam regularly, he told me that sometimes he enjoys being an imam.
Guess what’s his reason… it’s because he can set how fast or slow the prayer is, lol ?.
But you know what, I can notice a huge difference when he becomes an imam compared to when he is a makmum.
Becoming an imam, he is more focused on doing:
All in all, I guess practicing to be an imam has a lot of benefit to him as a young boy. I do hope that he will slowly take over my whole responsibility to be an imam at home, whenever he’s not out to the mosque with his daddy.
Dear Abdurrahman, I pray that you grow to be a haafiz Qur’an and lead the prayer in Masjidil Haram just like Sy. Abdurrahman As-Sudais, aamiin.