Ok,  I should post this four months ago,  but I was just turned off by how hectic my work was,  so here is my late post about my son.

Being a four year old,  my son loves to be called big big boy.  He’s a lot more talkative and able to express his feeling really well. 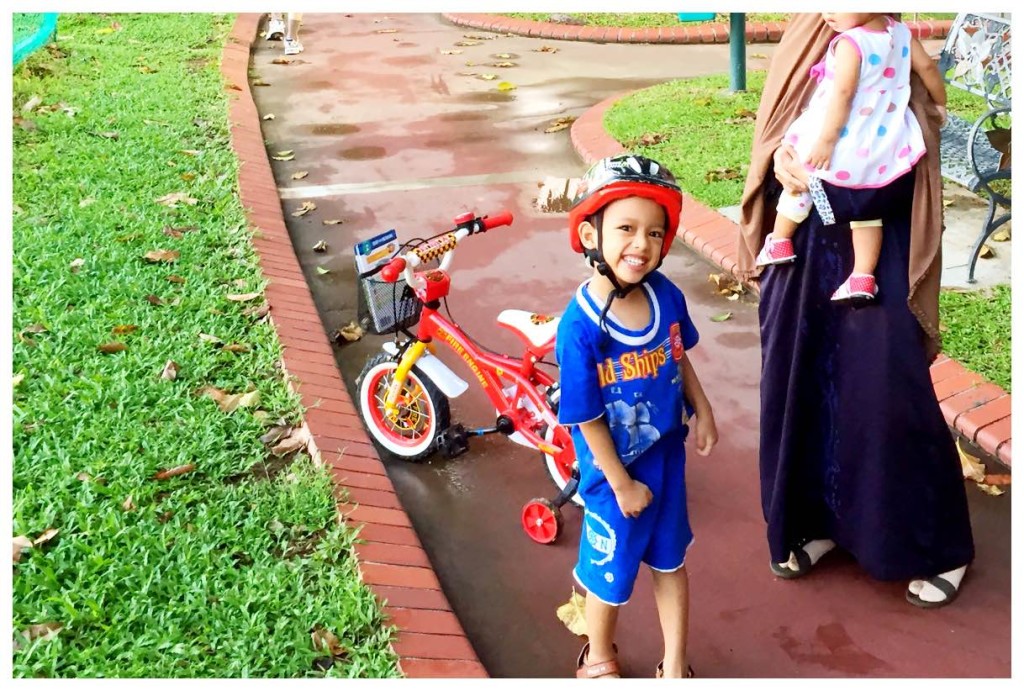 Abdurrahman with his bike

He’s almost able to go to toilet by him self,  now learning to clean him self after passing motion.

He slowly gains his confidence to behave normally in crowded place (he used to be such a clingy boy), though sometimes still need a little boost to mingle with his friends.

Recently he showed more confidence in doing unordinary things,  such as playing independently in a playground full of kids  (yes,  he used to stay out not wanting to play if saw a lot of kids in the playground),  feeding animal (he actually requested to feed girraffe (something that really surprised me),  and although he’s a bit overwhelmed by the to girraffes that constantly approaching him for feed,  he did it well!

He’s still very moody of me being away for work,  despite the fact that it’s been three months since I returned to work.  It’s really heart-breaking for me to see that my son does not get sufficient attention from us,  the parents.  I am working hard to keep the balance between work and family.  I hope in a few weeks from now,  the hectic working schedule will slowly diminish,  so that I can slack a bit and go back home earlier. 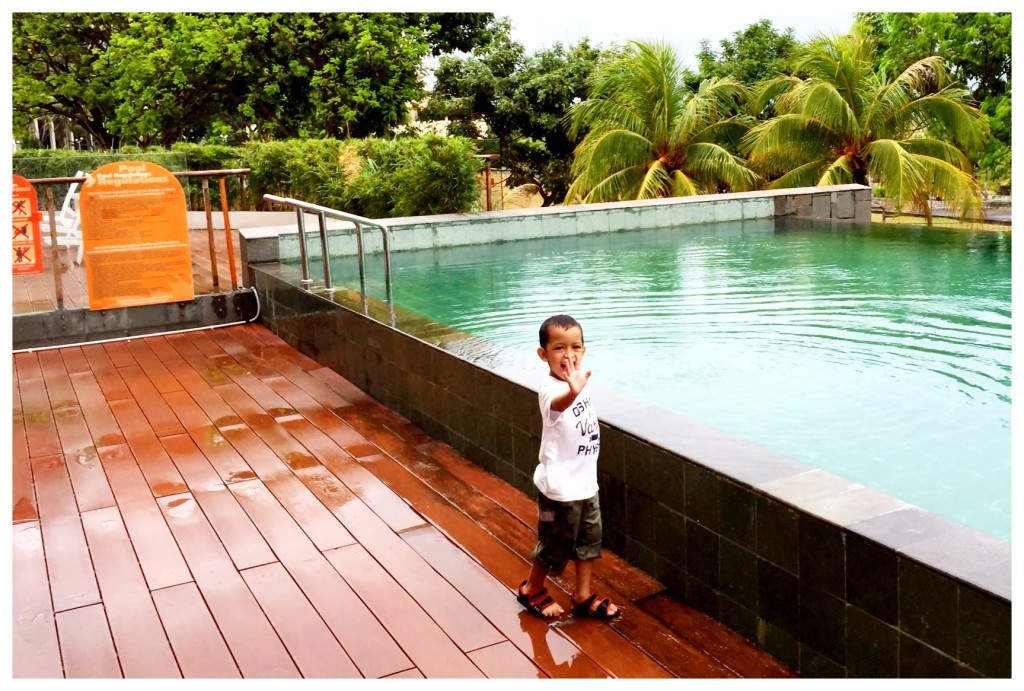 Abdurrahman by the pool at Harris Hotel Batam Center

In terms of Quran reading,  he does very well.  I could not believe that now he’s doing Iqro 5. With his current pace,  I am confident he will be able to finish Iqro in less than 6 months,  and moving forward to reading directly from mushaf,  insyaAllah.

One of my big homework is to spend time with him to revise his Quran memorization. My husband is helping a lot on this,  may Allah grant huge rewards for him. I also want to spend more time to polish his religious knowledge,  but still,  at the moment I only manage to do that sporadically,  whenever I have time and whenever I remember.

Another big task for me is to prepare him to enroll in Primary school.  We have two options basically,  government school or madrasah  (islamic – based school).  I have offered these choices to Abdurrahman,  and surprisingly he eagerly wants to go to madrasah.

Since enrolling to madrasah is not easy (there is enrollment test that due April next year,  and the test  comprises 3 languages! ) ,  We try to boost up his writing and reading skill in English,  Malay,  and Arabic. *sighing*.  May Allah make this easy for us.

Alright,  so that’s a recap on what Abdurrahman has been up to,  being a four years old.

What have your children been up to recently?  Stay relax and enjoy!